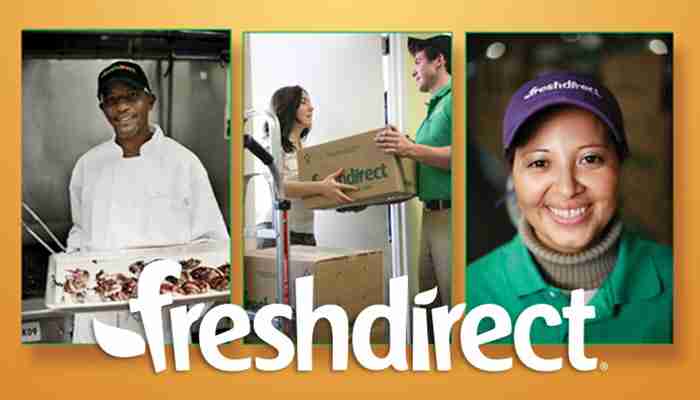 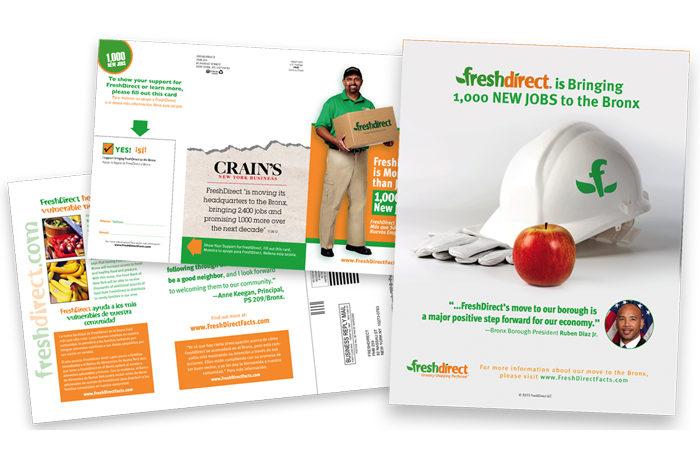 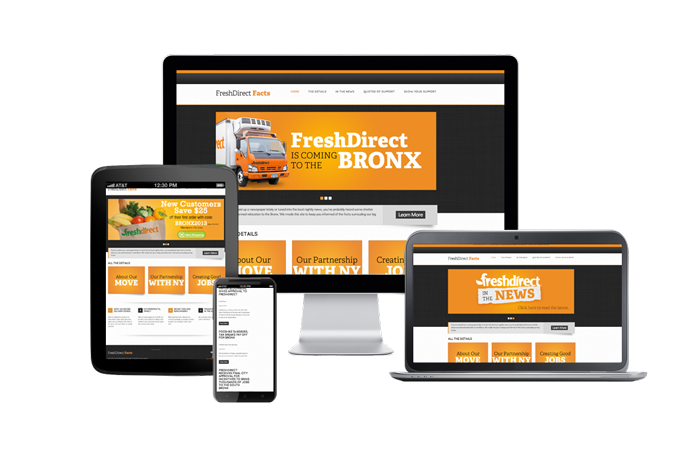 Challenge
FreshDirect, the nation’s leading online grocer that brings fresh, high-quality groceries and prepared food to New Yorkers, was outgrowing its existing space and looking for re-location options in the Tri-State Area. In the competitive economic-development environment, where multiple jurisdictions compete for business, the company sought the best incentive package for its relocation and expansion.

Solution
Leading the company’s government relations efforts, we helped FreshDirect secure $128 Million in economic development incentives from the Mayor’s office, with support from Governor Cuomo, so that the company could remain in New York City. Subsequently, we oversaw the company’s public affairs campaign to lay the groundwork for FreshDirect’s community relationship building.

Our success in this matter led the New York Times to describe our work for the company as “inarguably money well spent.”