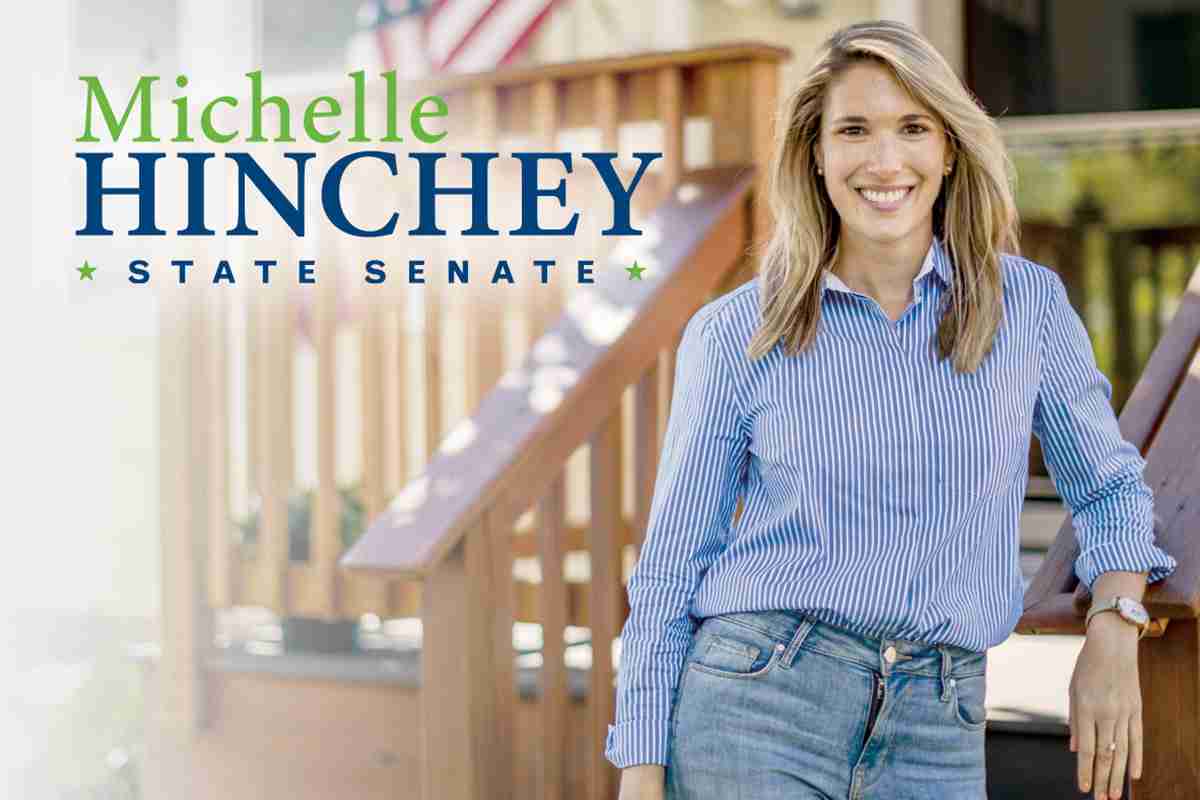 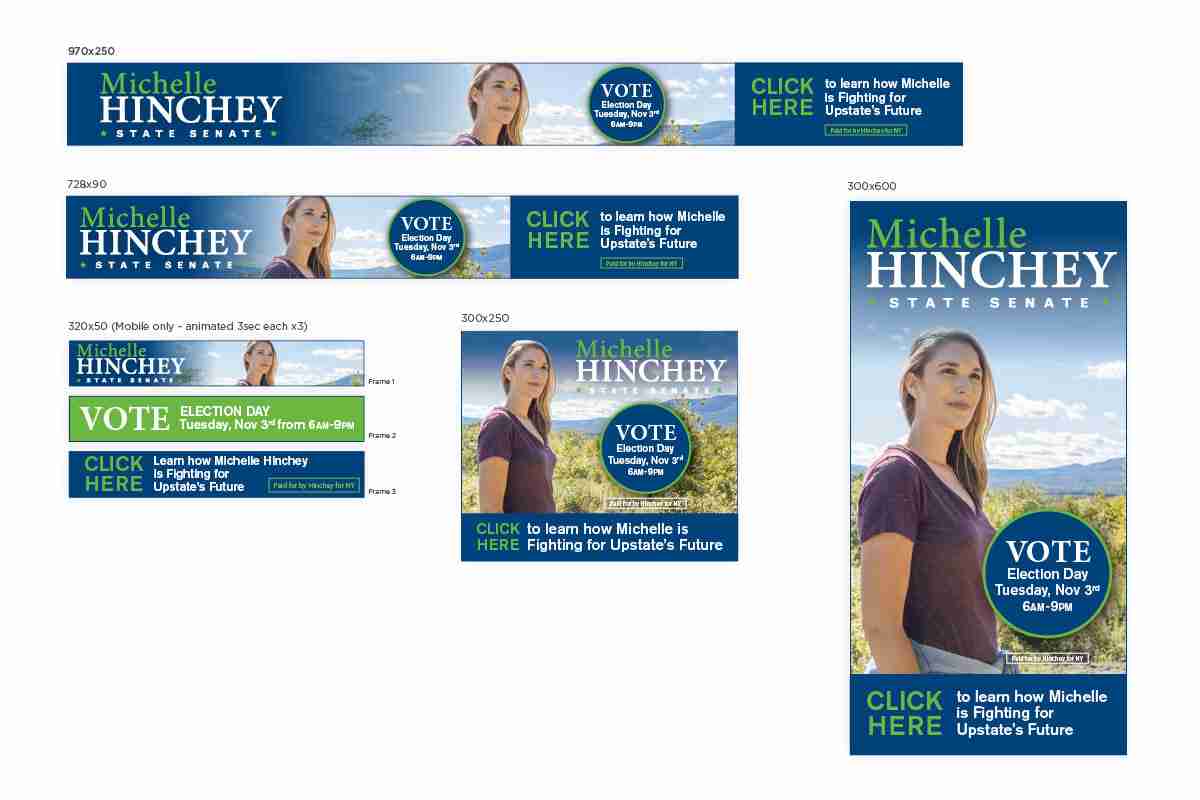 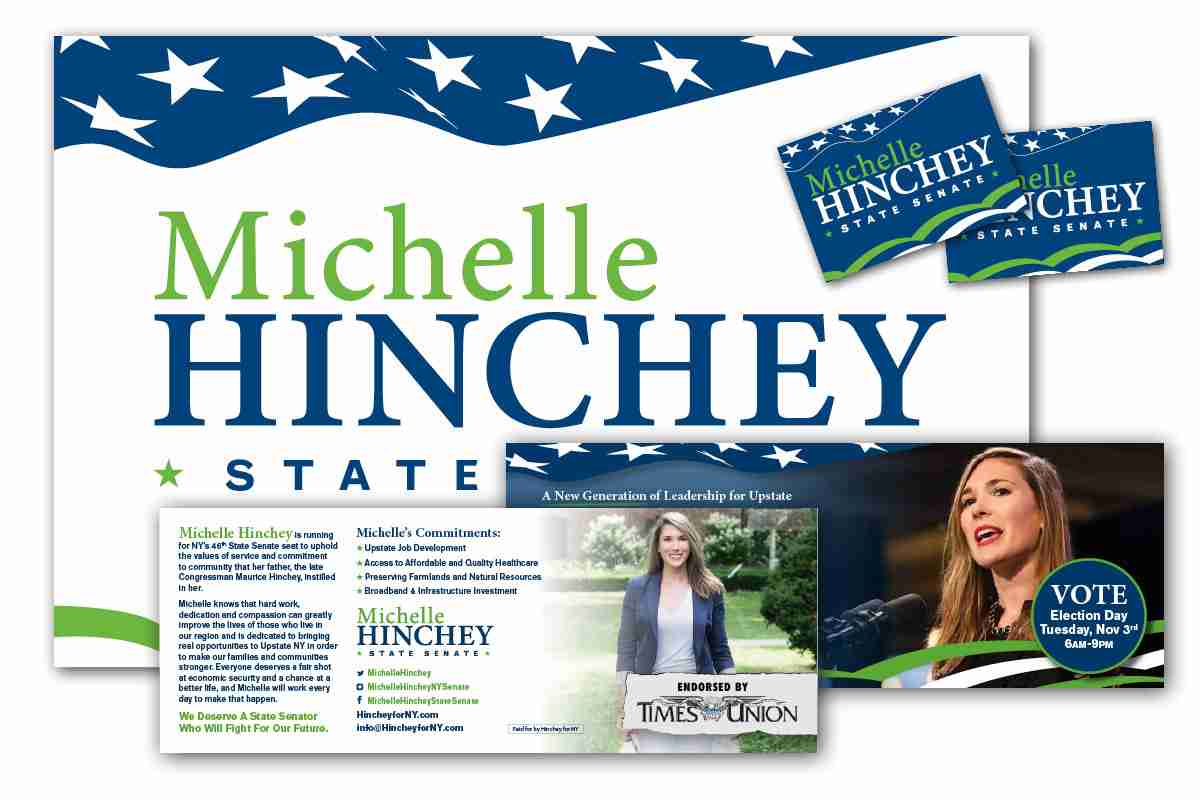 Overview
During redistricting leading up to the 2012 elections, Senate Republicans created the 46th Senate District to solidify their hold on the chamber. Although a Democrat won the seat by under 100 votes in that wave election, Republicans took back the seat in 2014 and have held it comfortably ever since. But when the incumbent Senator, George Amedore, decided to retire, Parkside identified the district as a potential spot to win a longshot victory. When Michelle Hinchey - the daughter of the late local Congressman Maurice Hinchey - stepped up to run, we knew it just might be possible to thread the needle in this largely rural and conservative district.

Our Approach
As the campaign’s consultants for digital and television advertising, Parkside knew we had to connect Michelle to her roots in the district without overly relying on her father’s name. Although she lacked a traditional political resume, we also worked to establish Michelle as an accomplished individual in her own right and to prevent her from being demonized in the eyes of conservative-leaning independent voters who would decide the election. Because the district was so difficult for a Democrat to win, we knew we might be working on a limited budget - so we scripted and produced one video early on that could serve as both a lengthy introduction to Michelle on the website and social media as well as be trimmed down to a :30 spot for television. The spot was shot in various locations across the district and showed Michelle’s deep roots and impressive resume in a relatable way, and we made targeted media buys on cable and network television in key markets across the sprawling district.

The Result
Hinchey surprised the political world and pulled off a win with 51% of the vote. Unlike elsewhere in the state, Hinchey was able to win without relying on significant numbers of college-educated voters who flocked to Democrats in the wake of the Trump Administration. Our high-production values, lower-budget effort penetrated with voters throughout the district and delivered the win.