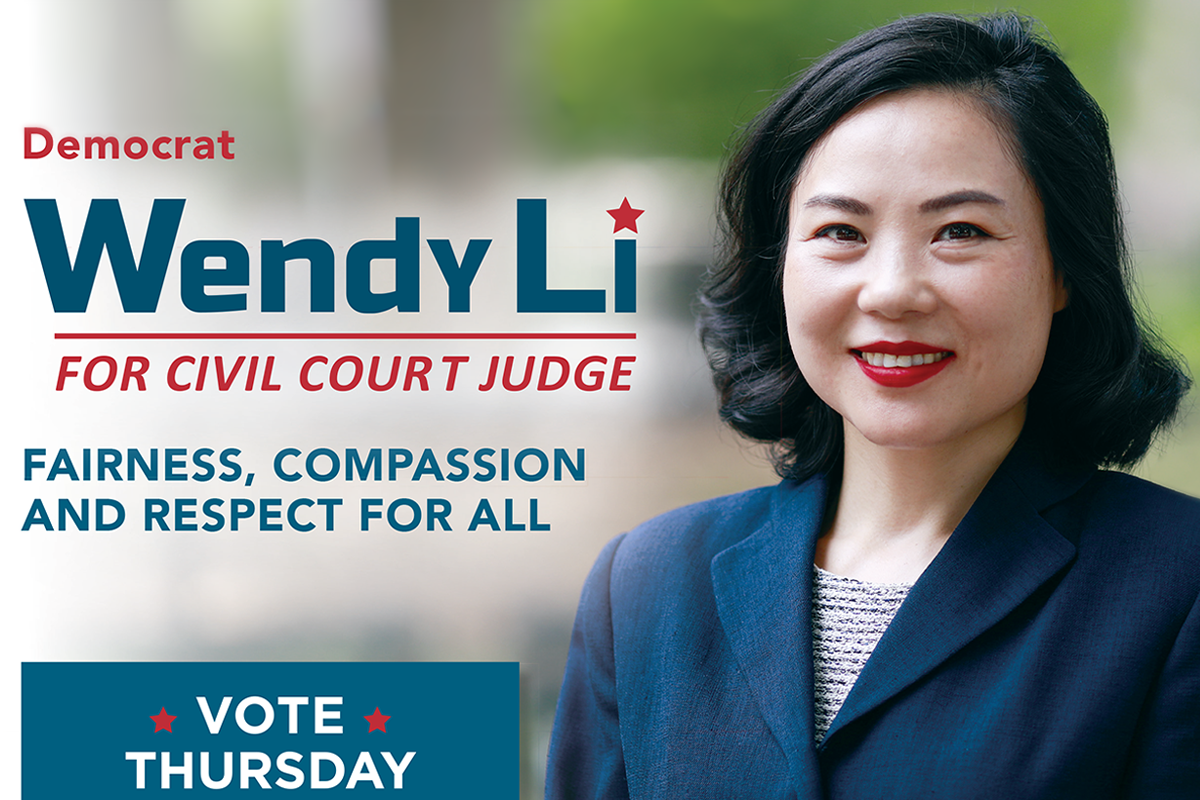 Overview
Wendy Li was already an accomplished lawyer when she decided to run for Manhattan Civil Court in 2018's Democratic primary - but she lacked the political establishment connections of many judicial candidates.  An immigrant from China who had taught herself English at the same time that she was attending law school, often listening to tapes of her lessons over and over late into the night, Wendy was hard-working and well-qualified - but she turned to Parkside to convey her story to the voters.

Our Approach
Running in a downtown Manhattan district that included Chinatown but which was increasingly gentrified in recent years, Wendy needed to dominate among Asian voters, many of whom could relate to her immigrant experience.  Parkside realized this same message could help Wendy connect with Latino voters as well; but to win, she would need to capture a significant portion of the white vote in the East Village, where her opponent was well-known.  This complicated path to victory required Parkside to run a multilingual campaign grounded in values that stemmed from Wendy's story - inclusiveness, tolerance, hard-work - that would also have cross-cultural appeal.  Our mail program targeted five separate segments of the electorate with each piece built on similar themes to present Wendy as the qualified and compassionate jurist voters deserved.

The Result
In the end, Wendy won a ten-year term with an upset victory of 56% of the vote, despite her opponent's endorsements from local elected officials and Democratic clubs. Parkside's precise targeting, consistent messaging and visual themes, and culturally-sensitive approach allowed Wendy's story to resonate across the primary electorate.